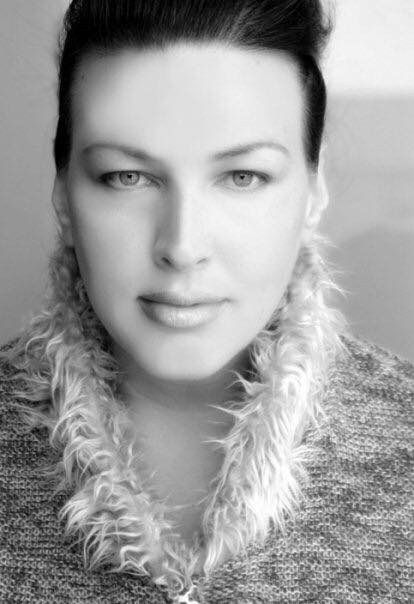 René Couret grew up as a chubby girl with crooked teeth and broken dreams. She was on her first diet at the age of 10 years old, which started a domino effect of unhealthy body image.

As a child, René’s biggest dream was to be a singer and an actor. With no encouragement, she went wayward for a few years, dropped out of high school, and landed herself in jail at the age of 18. With no direction, René bounced from job to job working as everything from a telemarketer to administrative assistant, all the while diverting her passion by taking classes in many different trades that did not make her happy. In 2001 she lost 100 pounds and became a certified personal trainer. It was then she discovered a beauty inside that was skin deep and had nothing to do with her weight at all. She was still plus-size, but decided to not focus on her weight any more. She soon thereafter started grooming herself as a plus-size model.

When René turned 25 she found herself pregnant and alone, and to add insult to injury she discovered that her baby would be born with a birth defect called Congenital Diaphragmatic Hernia (CDH). During her pregnancy she decided to enroll in a community college where she started taking theatre classes to help keep her mind off of the stress of carrying a baby who only had a 50/50 chance of survival. A month after her son Gregory was born, she was scouted by the producers of the feature film Phat Girlz, starring Mo’nique. René went to Palm Springs after only a few weeks of ceasarian recovery and walked the runway for the feature film. Nobody knew the agonizing pain she was in physically and emotionally, but she pushed through it because it was a chance of a lifetime that she knew may not ever duplicate itself.

René spent six months hanging out at the NICU every day with her phenomenally beautiful son Gregory and it felt as if everything were going in the right direction with his health, but then in the first week of February 2005 the Doctor pulled René to the side to express concern. The Doctor didn’t see Gregory’s health improving and felt that there were only going to be two outcomes; a) Gregory would survive and be very sick and dependent, or b) he would pass away. The Doctor encouraged René to get involved in another passion that would ease the transition of whatever outcome would result for her son.

It was then that she decided to face her fears and audition for a musical at her local community college. To her surprise, with no training, she was cast in the chorus! She could be with her son all day at the NICU and then rehearse for the musical at night. Nobody would expect that just one week after, Gregory would die. This was a tragedy that would have resulted in much worse pain had René not been blessed with the musical she was given the opportunity to be in. It was as if Gregory came to earth to direct Rene toward her greater purpose.

From that point on René continued to attend San Diego City College to study Musical Theatre and she never looked back. In 2009 she graduated with honors and transferred to College in New York City. Within one week, she auditioned for a musical off-off-broadway at the Edith O’Hara’s legendary 13th Street Repertory Company and spent the next six months performing as the Queen in a musical called “Rumple Whol?”

In 2010 René was given the opportunity to direct an original stage play called The Vajazzle Monologues and she moved to Toledo, Ohio to be close with the playwright in the developmental process. At that time she decided to transfer to University of Toledo where the playwright also attended. René changed her major to Interdisciplinary Studies so she can focus on the courses she wanted to take that would set her up for her dreams of entrepreneurship directly after completion.

To the date, René has directed 8 plays, performed in 10 productions, produced 3 shows, and has been in 5 films. She graduated from UT with honors in December 2011 and is currently working as a freelancer doing Social Media, SEO, and production gigs.

At this time, she continues to position herself as a size-acceptance activist, health / fitness coach for women of size, self-empowerment advocate, and is soon to release her first book: Fat, Fit, and Fab – The Ultimate Guide for loving your body, looking great, and embracing your unique talents!!

She is available for speaking engagements, personal coaching in fitness, health, and empowerment, as well as coaching actors with monologues, auditions, etc.